BLACK JACK 100 was originally constructed as ALFA ROMEO in 2005. Designed by Reichel/Pugh – to the brief of being as close to the 30m maximum LOA set at the time for the Sydney – Hobart and Fastnet races.  She was constructed by McConaghy and was one of the most technologically advanced yachts to be built, using pre-preg and high modulus carbon laminates, a blend of nomex and corecell core and high-level engineering for the canting keel mechanism.

The yacht stormed through the record books, setting line honors records in most of the world’s most prestigious yacht races. She sold to Europe in 2009 and was renamed ESMIT EUROPA and continued to dominate big boat racing for the next 5 years. She was purchased and taken to Australia by the current owner, who has committed to a continuous and comprehensive optimization program to keep the yacht contemporary and the fastest and most competitive line honors yacht on the planet.

In her current tenure, the yacht has received continual optimization with an overriding emphasis on losing weight. From the wiring to the new entire rig, considerable investment has been made to ensure she is at the top of her game and including a line honors win in the last Sydney Hobart race.

Since 2017, when she had a large refit, the forward canard became retractable, for lower drag when sailing downwind, this is also steerable for ultimate upwind performance. In fact, she is one of, if not the first CBTF yachts built. Certainly, at this size.

Most recently, she has had the rig moved back in the yacht by adding 1m in the bow section. This increased J by 1 meter and gives her more volume in the front of the yacht enabling her to be pushed harder when power reaching but not losing her USP of light air and VMG sailing against her peers. A fixed and extended bowsprit that is incorporated into the design saves weight in the structure which complies well with the overall philosophy and helps lift the bow when reaching and downwind.

At the same time, the stern sections were modified and reduced by 1m to run full beam all the way aft. This has multiple benefits from moving crew weight further outboard, opening sheeting angles for the reaching sails and moving water ballast further outboard. These are large gains in the narrow canting keel yachts.

BLACK JACK 100 is one of the most iconic racing yachts in the world today. She is hugely powerful and has the advantage of being very slippery in the light, against her much wider peers. 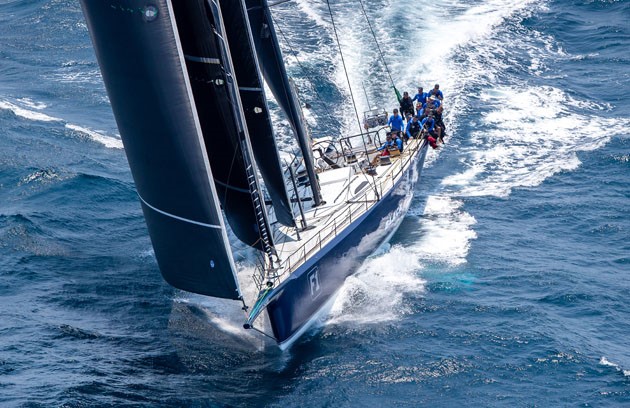 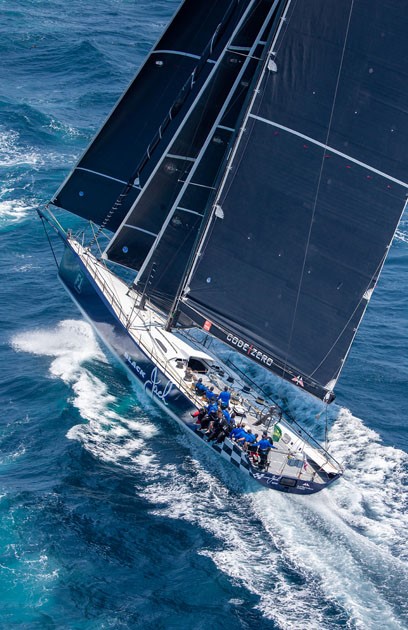 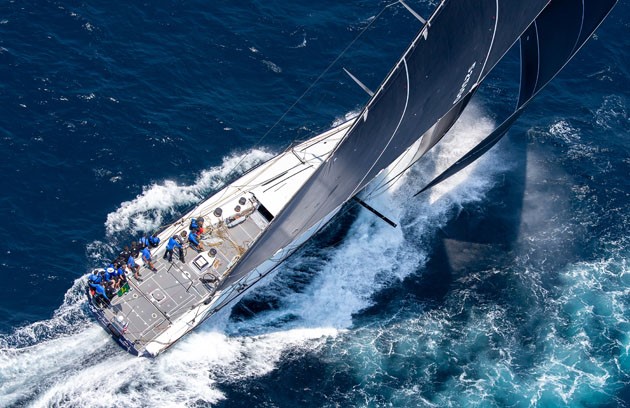 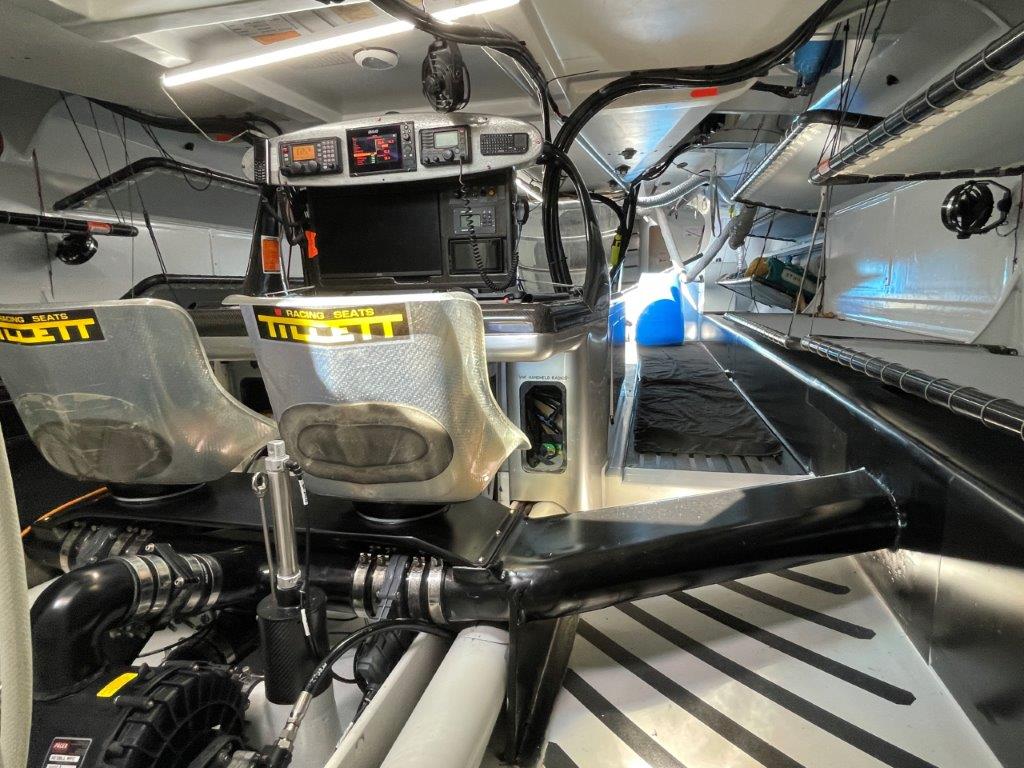 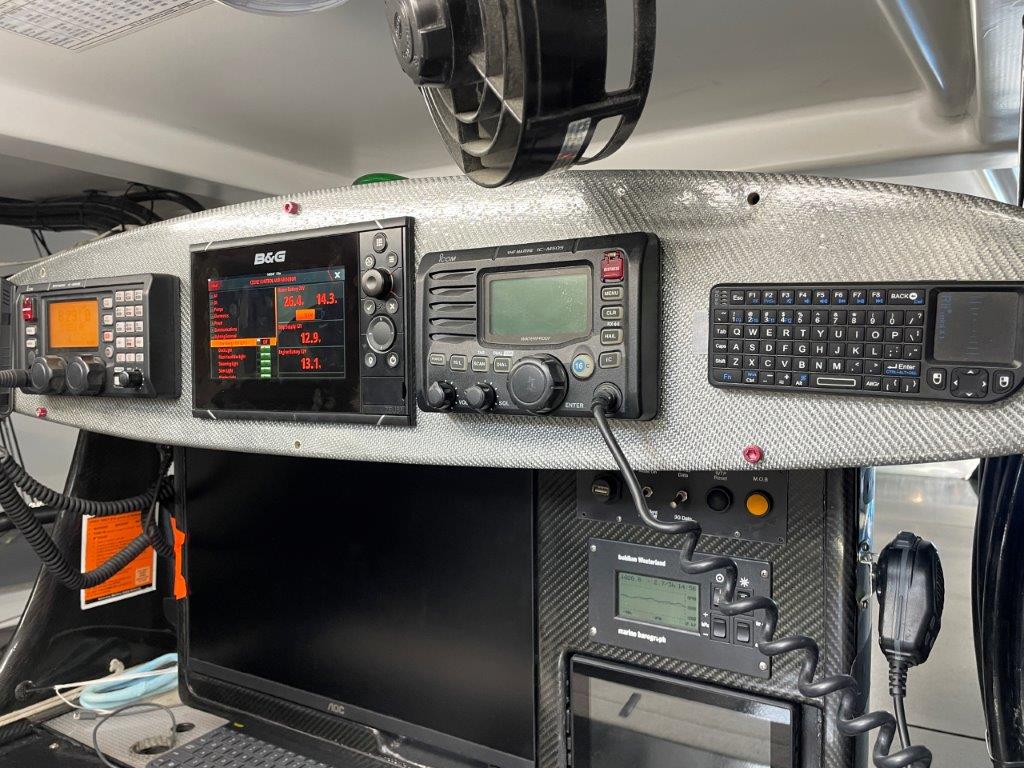 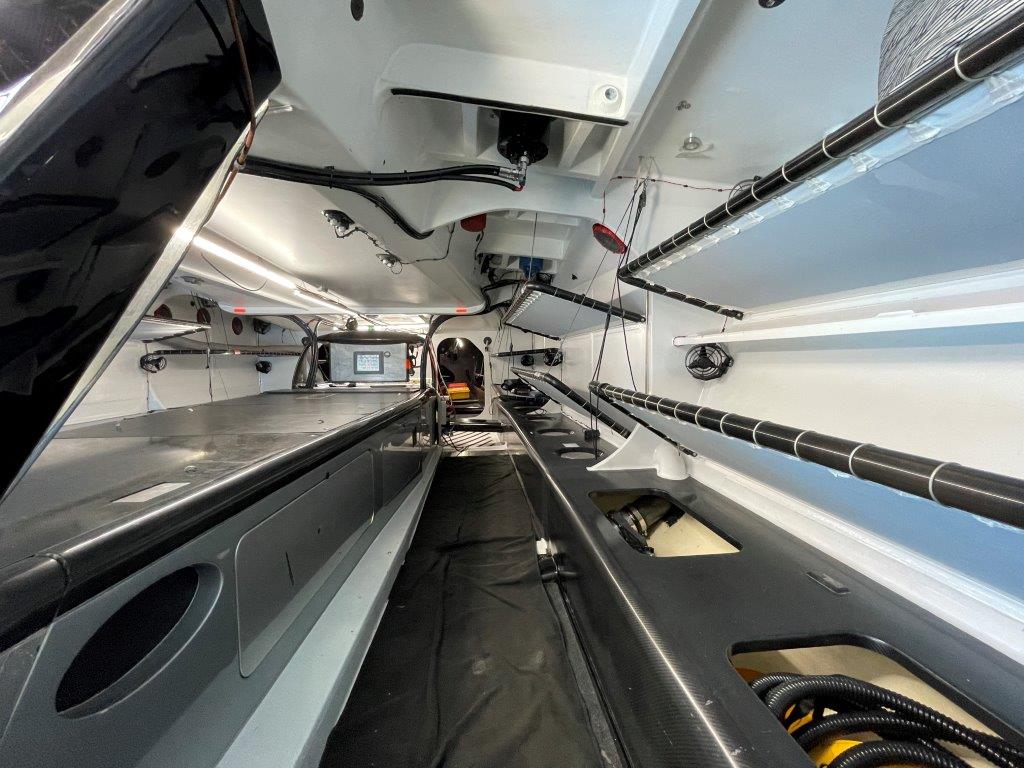 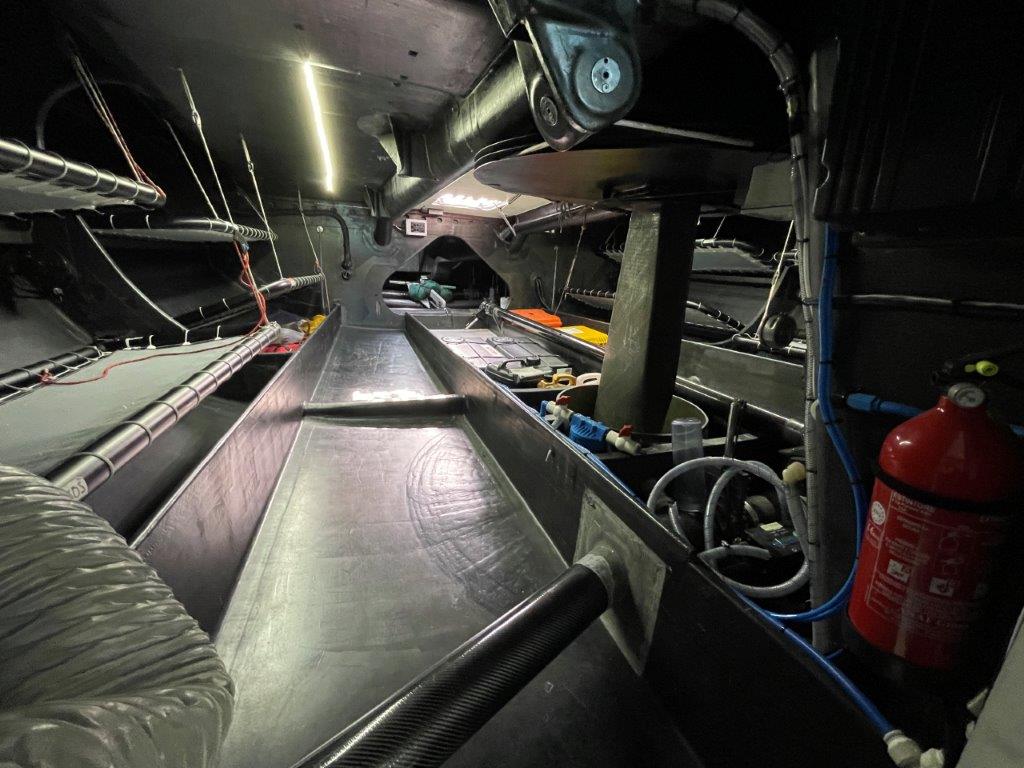 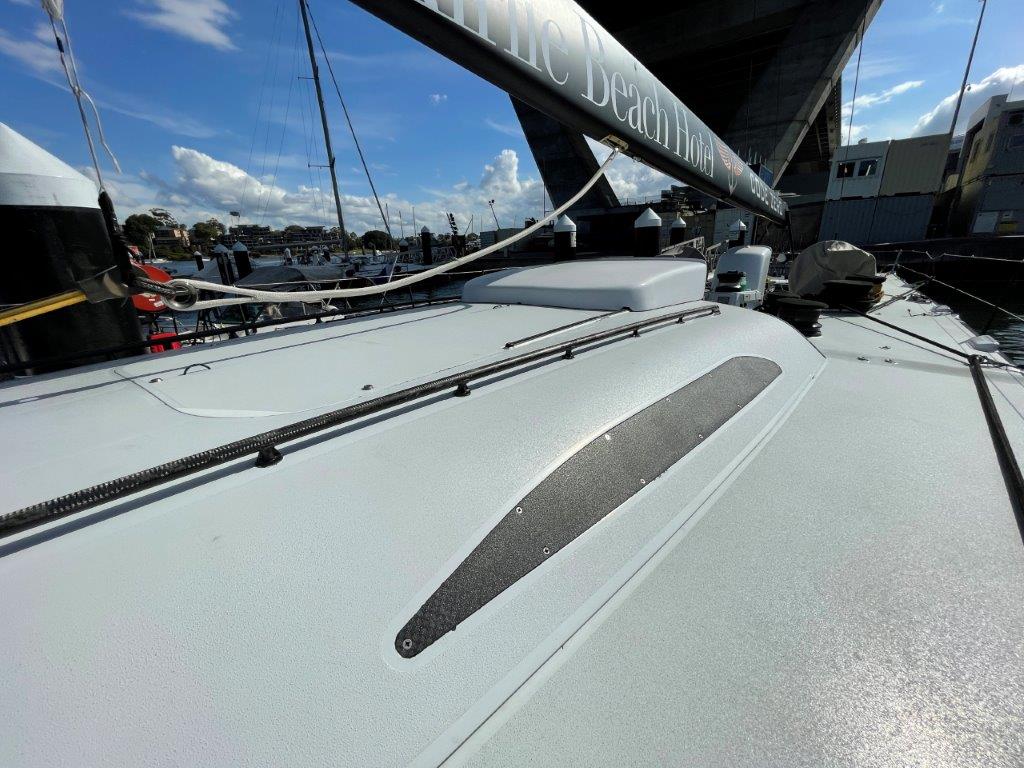 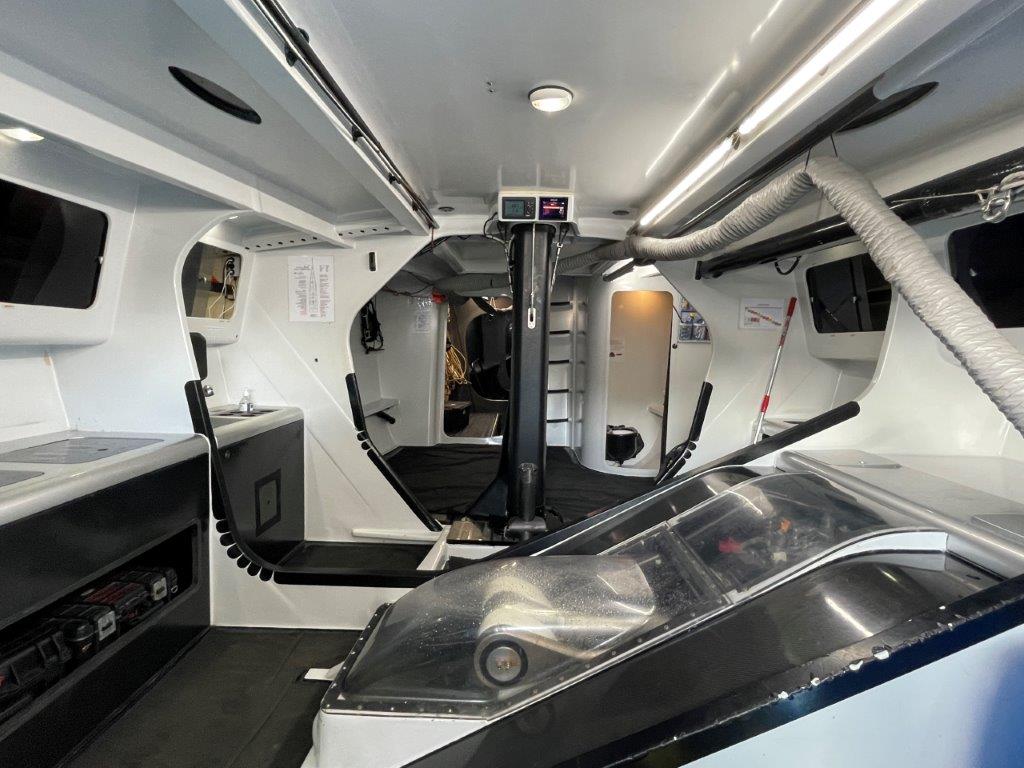 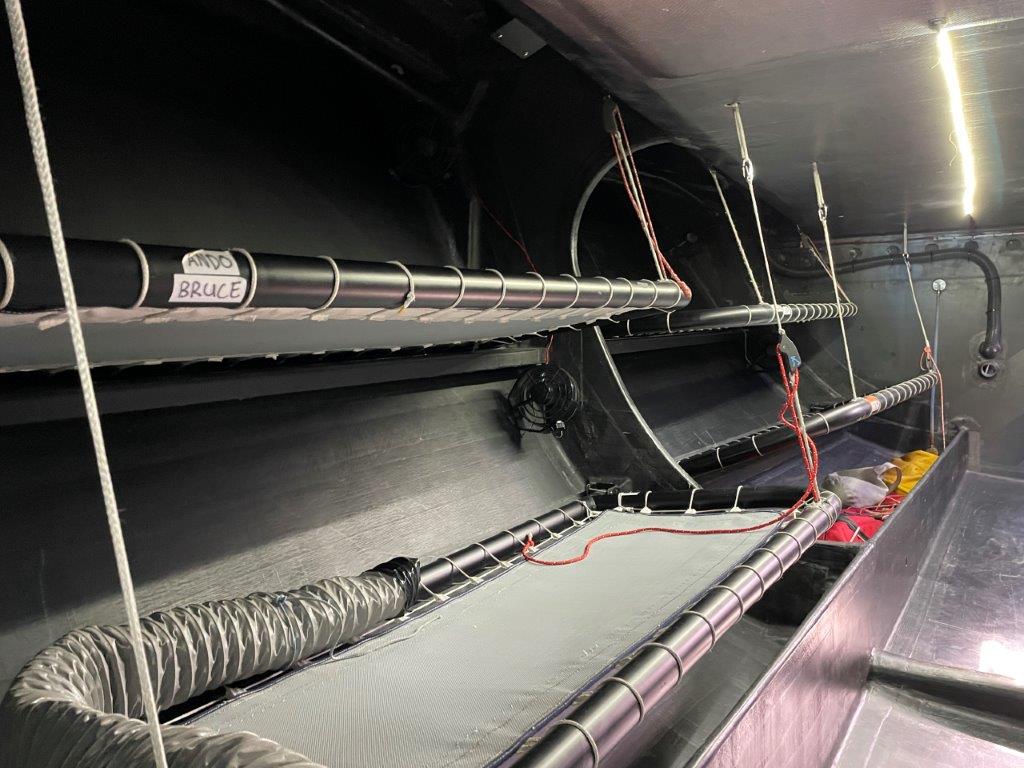 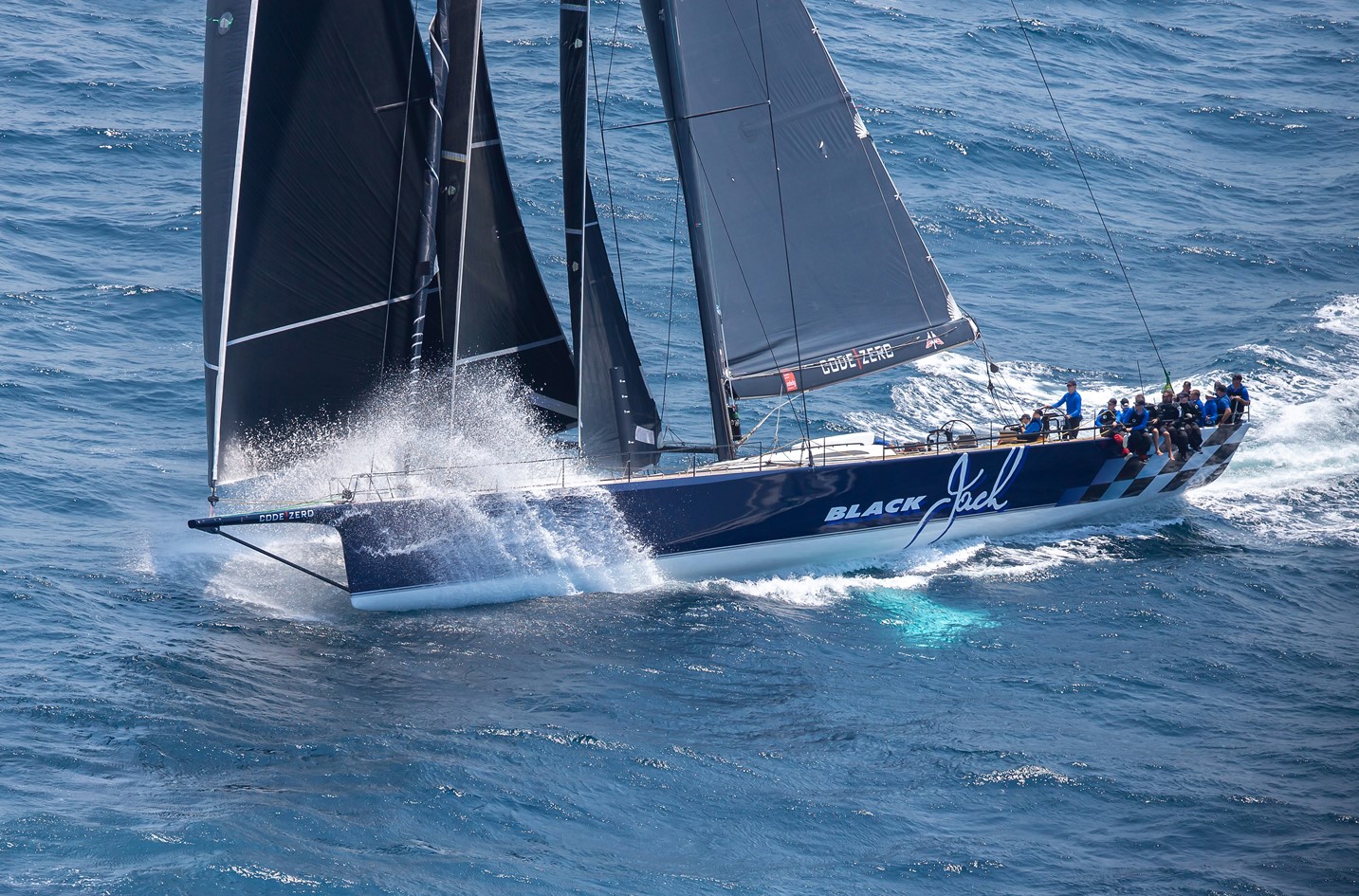